On October 22nd, GMSEN hosted its first face to face event since the pandemic hit, putting on a 'Social Economy Social' for local social enterprise leaders and people interested in the wider social economy in Greater Manchester to come together, network and connect.

The event was organised in partnership with Flourish Together CIC, who generously sponsored the event offering attendees their first drink upon arrival. Nickala Torkington from Flourish hosted the event, with support from Owen Hewson at GMCVO.

There were over 25 attendees on the evening, including social enterprises from Bolton, Trafford, Salford, Rochdale and Manchester, as well as a national charity and some local social investors.

Corin Bell, Founder of Open Kitchen MCR, shared the story of Open Kitchen, talking about some of the highs and lows of their journey so far, and how environmental sustainability is right at the core of everything they do. Open Kitchen are known for using food that would otherwise go to waste, taking donations from other food businesses and supermarkets. What this means is an ever-changing menu depending on what food they have coming in, and a daily 'ready steady cook' challenge to turn whatever has been delivered into a delicious healthy meal for customers. Besides the reduced environmental impact from reducing food waste, they also reinvest their profits to help provide meals to people struggling with food insecurity across Greater Manchester. The Cafe and Bar at People's History Museum opened earlier this year and was nominated as a 'Newcomer of the Year' in the Manchester Food & Drink Awards 2021.

Corin's presentation sparked a discussion about the role of social enterprises in taking meaningful collective action on climate change. There was also plenty of time for informal mingling around the room, and a chance to try out some of the delicious Open Kitchen food and drink on offer.

Following on from the positive feedback, we have another 'Social Economy Social' event organised for November 26th at GROW Cafe at Manchester Metropolitan University's Business School. EVENT LINK. 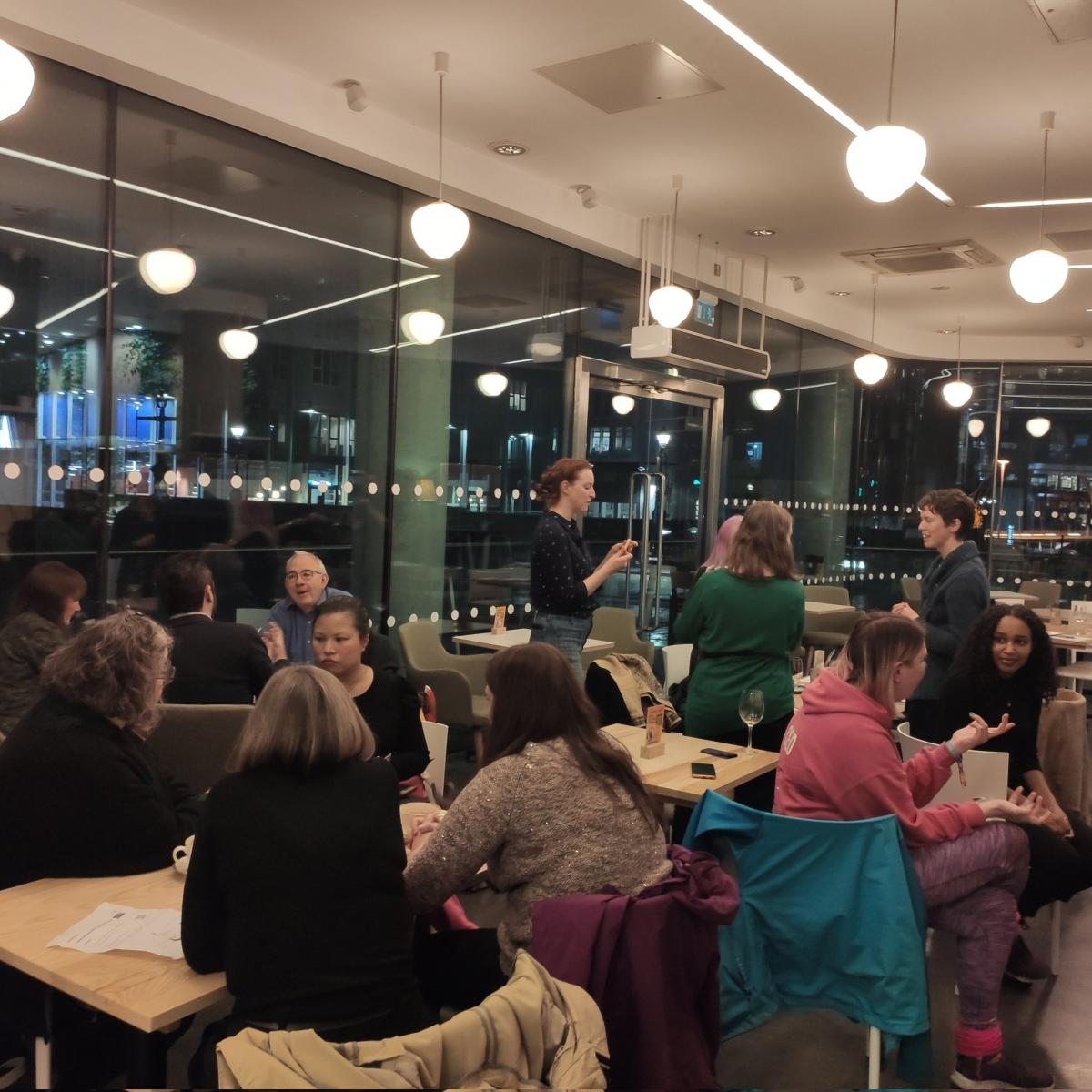